Please confirm you want to mark all posts read

If you support trump , you are a trader to your countrymen

The Republican Party Is Worthless And Has NO BALLS!

Savannah Guthrie, in a cozy relationship with Hillary Clinton tried her best to disrupt Donald Trump's campaign manager Kellyanne Conway this morning on the NBC Today Show. She failed miserably!

Guthrie was recently outed by WikiLeaks as one of 65 Liberal Reporters that is controlled by the Clinton Campaign. This is a serious concern for America as "Truth In Reporting" is being bought and sold by Corporate America. 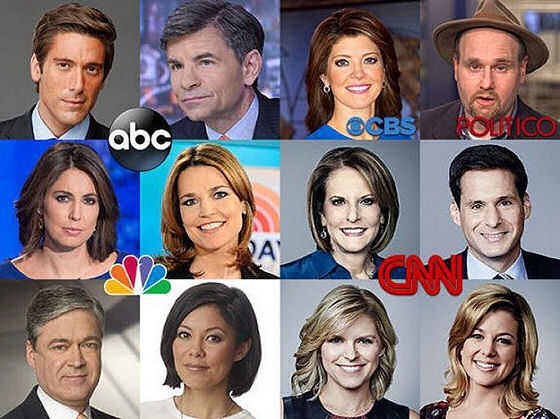 Friends, you can no longer trust the main stream media to tell the truth. NBC along with CNN, ABC, CBS, and a slew more are not reporting negative issues with the Clinton Campaign. NBC was recently crying the blues that it's Today Show ratings was dropping.

Well golly geez.. With Matt Lauer and Savannah Guthrie bashing Donald Trump daily as ordered by Hillary Clinton, what did they expect? Americans are not stupid. We see right through your corruption and lies.

It's sad to see this form of media corruption and collusion tearing major networks apart.

Ive been watching the Today Show for what seems like forever. I was watching Today back on 09/11 when terrorists flew airliners into the world trade center.

Lately i watch maybe the first 30 minutes then turn it off. I'm sick of Matt Lauer and his little squawking parrot Savannah Guthrie trashing Donald Trump daily, then add in Chuck Todd and the today show just totally sucks.

We Trump fans know despite all the bought and paid for liberal media negativity and lies being spread, Donald Trump will be our 45th president of the United States Of America come 11/08/16.

Your comments are encouraged. And while you're here, to get the message indexed into search, please share this post to social media and other websites you visit.

My vote for Donald Trump is already cast!