Please confirm you want to mark all posts read

If you support trump , you are a trader to your countrymen

The Republican Party Is Worthless And Has NO BALLS!

Andrew Gillum: Just More Of The Same
When confronted by Ron DeSantis about those FBI purchased Hamilton Tickets, Gillum danced around the question

During Wednesday nights final debate between Ron DeSantis and Andrew Gillum sparred about FBI supplied Hamilton tickets. Gillum danced around before eventually saying his brother gave him the tickets. And his brother is also under investigation for voter fraud. 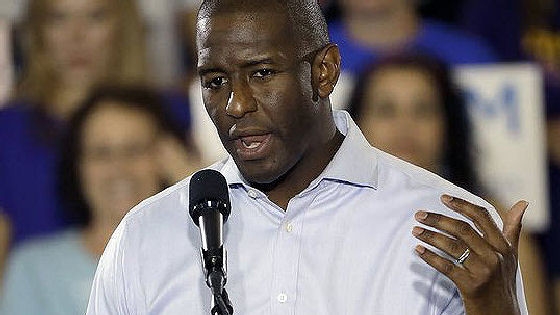 He wants you to believe that he's not under investigation," DeSantis said. "Why would an undercover FBI agent posing as a contractor give him a $1,000 ticket to 'Hamilton?'

BREAKING: @AndrewGillum is a liar. He lied during the debate about being a “grown man” who pays for his “own vacations.” Truth is undercover FBI agents paid for his Broadway tix (and who knows what else). https://t.co/nahoV6wmqT #sayfie

DeSantis at one point angrily responded to moderator Todd McDermott's question about his decision to speak at events organized by someone who has made racially inflammatory comments.

How the hell am I supposed to know every single statement somebody makes? DeSantis said, his voice rising. I am not going to bow down to the altar of political correctness. Gillum responded, My grandmother used to say a hit dog will holler, and it hollered through this room.

The bottom line here is Andrew Gillum is not right for Florida. He has the potential to become Florida's version of Kwame Kilpatrick, the most corrupt Democrat politician ever serving a 28 year prison sentence.

Lets keep corruption out of Florida by voting for the candidate fully endorsed by President Donald Trump, Ron DeSantis!