Lester Holt assumed the role of sore loser Wednesday on NBC Nightly News, as they pulled out all the stops in an attempt to smear President-Elect Donald Trump. 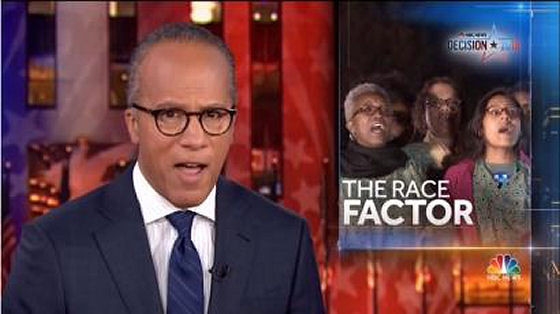 First, they stoked the liberal anxiety that Trump would join the ranks of the world’s most deplorable despots, before moving on to assert that the America that elected Trump was not welcoming to minorities.

“While Donald Trump's many supporters are basking in his victory, many others woke up this morning feeling disillusioned by the headlines,” sulked anchor Lester Holt.

“Time and time again critics accused Trump of running a campaign with undercurrents of racism and those concerns persist now that the election results show a sharp racial divide,” Holt continued to opine.

Holt turned it over to reporter Ron Allen to do most of fear mongering, “Outside the nation's African-American history museum, there's deep worry about president-elect Donald Trump's victory and the huge turn-out by rural working-class white voters.

Allen reported (that’s right, reported) that the reason Trump was elected was because the white people in rural America couldn’t handle diversity: They see what's been called a “white-lash.”

White Americans feeling left out and deep resentment as the nation grows more diverse. Rallied by a candidate who promised to ban Muslims, wall out Mexicans, and who challenged the very legitimacy of the nation's first black president.

The NBC reporter Ron Allen went on to tout the liberal hashtag “#NotMyPresident” and then declared, “Still today, with President-Elect Trump, some worry their country has turned against them.” 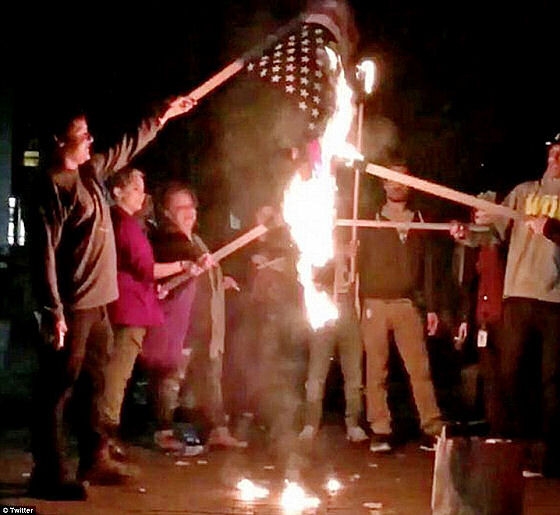 It's time to boycott liberal media by turning it off. Refuse to watch ABC, CNN, CBS, NBC, MSNBC, and any other networks that support fear mongering and racism. Watch their ratings drop like a stone, and their advertisers leave in droves!